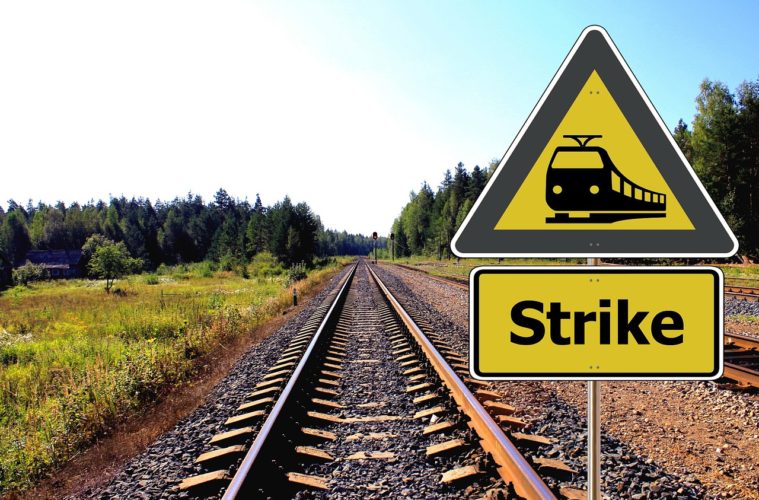 Taking the train? You might not want to travel on these days

The National Union of Rail, Maritime and Transport (RMT) released a statement on the 7th of June announcing their plans for a national railway strike.

As ever with any strike action, the planned strikes are a consequence of staff dissatisfaction. Staff feel unsupported and neglected by rail bosses for a number of reasons. Namely due to pay freezes, proposed job cuts and issues regarding employee pensions.

RMT have been in dialogue with the rail bosses responsible for these departments but with no success. And so, they have resorted to their final card by announcing naitonal railway strikes.

The strikes are set to take place on the 21st, 23rd and 25th of June. They are projected to cause the biggest disruption to the network’s services since 1989.

Staff feel particularly let down by rail bosses after their efforts throughout the pandemic. As key workers, railway staff continued to work throughout national lockdowns and remained on duty most of the time.

One railway worker noted on how this role made them vulnerable to covid, which has had a lasting impact on their health.

Rail staff like me worked throughout the lock down, twice I caught covid and now suffer from long covid & chest problems.@sunick51 thinks the railway's should have treated the staff like the airlines did! That's worked out well for the nation didn't it?

And to make matters worse, these threats of job losses and pay freezes coincide with one of the highest inflation rates the UK has seen in a long time.

“Rail companies are making at least £500m a year in profits, whilst fat cat rail bosses have been paid millions during the Covid-19 pandemic.”

“RMT is open to meaningful negotiations with rail bosses and ministers, but they will need to come up with new proposals to prevent months of disruption on our railways.”

At the moment, the strikes are only planned for three days. However, the RMT’s press statement alludes to the potential for further strike action down the line, if rail bosses fail to provide effective solutions.

The secretary of state for transport expressed his discontent with the plans, arguing they cannot give into “rail strike blackmail”.

We cannot give way to rail strike blackmail – this is a defining moment for Britainhttps://t.co/hEd7Ta7rR2

He also entertained the possibility of bringing in agency workers to counteract the effects of the strike. However, staff have labelled this suggestion irresponsible. Agency workers would lack the extensive railway training required to ensure the safety of passengers, they argue.

Meanwhile, the general public are divided in their opinion on the strikes. Some people support rail workers’ fight for pay increases and job security. But some are angry that the strikes will impact their travels.

Unfortunately, there have been no signs of progress in discussion with rail bosses as of yet. Consequently, this means these strikes may only just be the beginning of union action. But hopefully they agree to a solution sooner than expected, for everyone’s sake.