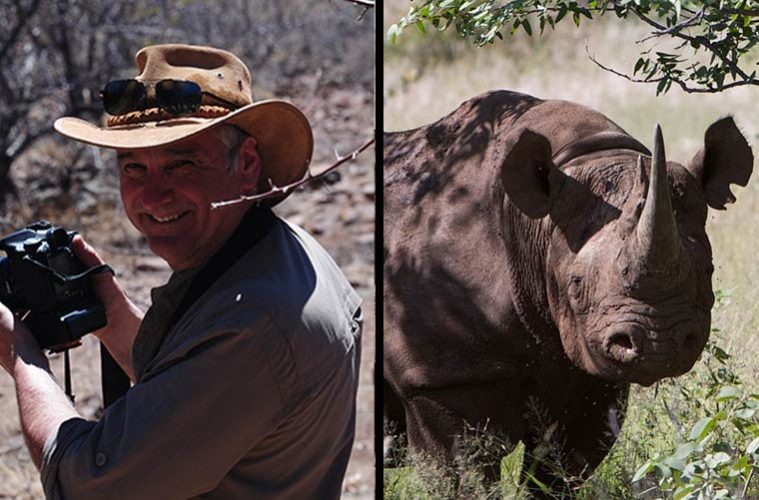 “3 Rhinos are killed in Africa every day” – Terry Driscoll is on a mission to raise awareness for Rhino conservation efforts in Africa. In order to do this, he is hoping to raise enough money to create a documentary dedicated to the life and work of Simson Uri-Khob – the CEO of the Save The Rhino Trust, Namibia. We spoke to Terry Driscoll to discuss his documentary further.

Hi Terry, thanks for taking the time to speak to us! For anyone who hasn’t heard of your project yet, tell us a brief summary about your mission:

Q1. What do you want to achieve?

I want to make a film which will inspire African youth to get involved with conservation. I want to do this by promoting an African conservation hero, Simson Uri-Khob, who works for Save the Rhino Trust, Namibia.

Q2. When do you want to achieve it by?

The plan is to raise enough money to make a promotional film which will then be used to raise funding from a wildlife film commissioner such as the BBC or Nat Geo. We need to raise £58k in 33 days on Kickstarter.

It is specifically black rhinos, as they are the most threatened. They are also beautiful, prehistoric and make a fascinating subject. I’ve been passionate about rhinos since I got involved with the WWF campaign to save the white rhino when I was about 13. 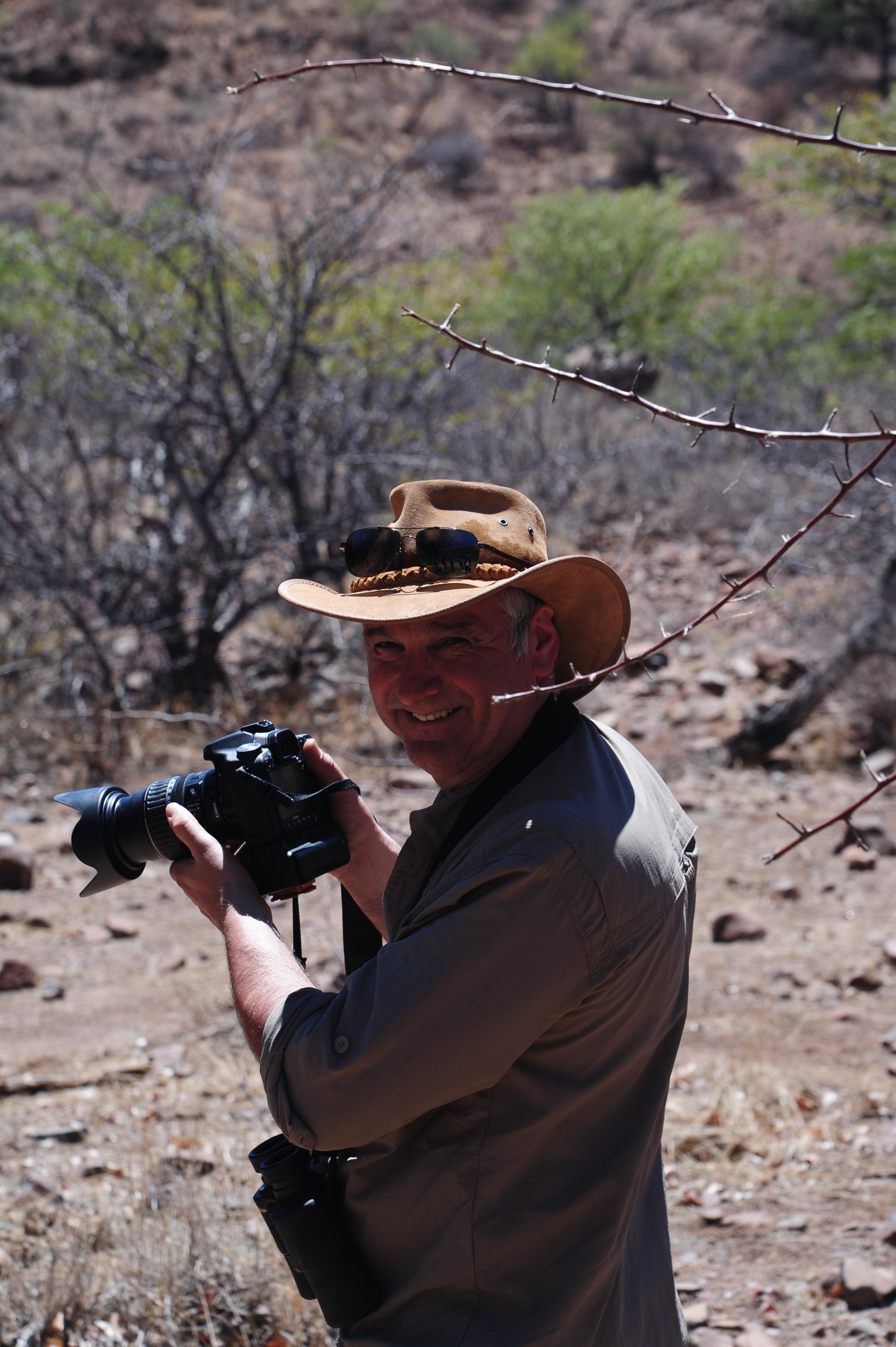 Terry Driscoll on his most recent Safari trip

It’s where the last truly wild black rhinos live. These are the only ones left living outside a national park or game reserve. Save the Rhino trust have developed an innovative way of working with local residents to protect wildlife and reward the local community through the retention of income from tourism. This money is spent on schools and infrastructure so that local people benefit from local wildlife.

Q5. Explain the narrative of the film.

It will tell the story of Simson Uri-Khob, who grew up in the remote northern part of Damaraland, in Namibia, in a tribal village. He gained a basic education and eventually got a job repairing vehicles for ‘Save the Rhino’. From there, he wanted to get involved. He became a tracker, and the founders encouraged him to continue his education. Simson ended up getting a MSc from Kent University and is now the CEO of Save the Rhino trust, Namibia. He’s at the forefront of rhino conservation and is globally respected for his work.

Q6. How do you predict the film will help with the cause?

I want the film to inspire Africans the way I was inspired by the ‘Born Free’ film when I was a kid. I believe the message for conservation will be better received by Africans if it is delivered by Africans. The Europeans who inspired me were also involved in big game hunting in their earlier years, so their message is slightly tainted and harder to sell.

Q7. Would you recommend visiting Namibia?

Yes, yes, yes! It’s a fantastic and diverse country with desserts, plains, bushland and beaches. It has everything for wildlife lovers, sun worshipers and adrenaline sport junkies. It’s very well developed and everything works. As an ex German colony the infrastructure is all well looked after and life is well regulated. There is low crime, good provision of utilities and it’s not malarial.

Q8. Where did your interest in the matter first develop?

Initially in the 70s at the Whipsnade zoo run for rhinos, but in recent years I have been travelling in sub Saharan Africa and just fell in love with the people and wildlife.

Q9. Are there any risks and challenges you’re worried about coming across along the way?

I’ve managed to secure the services of Mike Birkhead, who is famous for making some of the most inspiring wildlife films ever made. He made the Echo the Elephant series of films and the Tiger films: Tiger Crisis, Queen of the Tigers, Tiger Island, Hunt for the Russian Tiger, and Siberian Tiger quest to name but a few. My biggest risk is that I fail to raise the funding and lose his support. He is currently completing a film with Sir David Attenborough and is well known in the world of wildlife films. He is key to the success of the project but is also very much in demand. Risks around filming and in-country risks are all known and catered for. I’m trained in handling venomous snakes which often come into camp, my colleague Simon Pearson is an expert in Rhinos and of course we have the Save the Rhino team who are used to dealing with the threats posed by poachers and predators.

To help Terry Driscoll along with his mission, visit: https://www.kickstarter.com/projects/1113769276/simson-and-the-rhinos and donate.