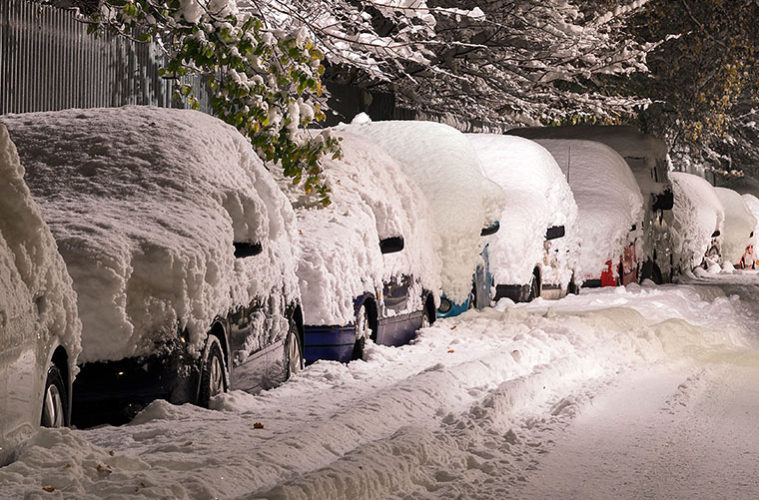 The Beast From The East was High In The Sky

Unless you’ve been lucky enough to go off-grid in tropical climes somewhere, you’ll be too aware that the end of February / beginning of March weather saw Central, Western Europe and the UK savaged by the media-christened ‘ Beast from The East ’. Whilst we are free from its teeth let’s take a moment in to look at what went on.

A couple of things stand The Beast apart from other cold snaps. Firstly, it’s ferocity and, secondly, its association with a mystifying-sounding weather process known as ‘Sudden Stratospheric Warming’. Here’s a summary in a nutshell. The stratosphere is high and very, very cold in winter over the poles. In fact it ought be around -70°C at this time of year – it’s been dark in the polar regions all winter and, at that height (about 10km), the amount of actual atmospheric gas knocking about to keep you warm is low.  Weather geeks will tell you there is a north-south ‘thermal gradient’: warm air rushes north, and sets up a robust circle-like circulation pattern around the North Pole which whips air from the west to the east, like this around the red line: 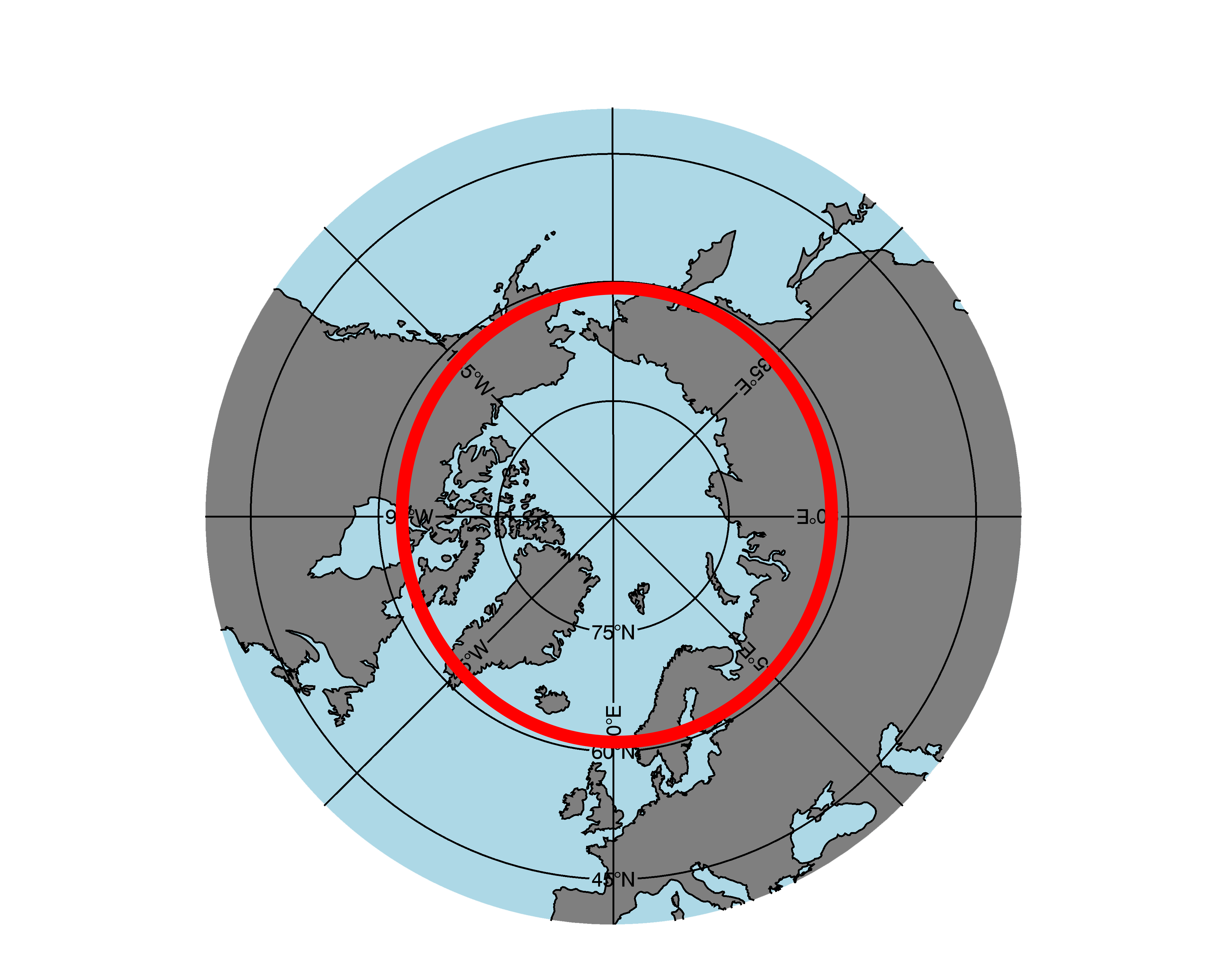 This regular pattern is good for Western Europe. We get milder oceanic air from our west, instead of bone-chilling air from land masses. Sadly, however, these patterns can become disrupted. And in the case of every 2 or 3 years a very serious adjustment locks in. How?  Deformations in the circular pattern can start at the planet’s surface and rise vertically through the atmosphere to destabilise the circular flow like this: 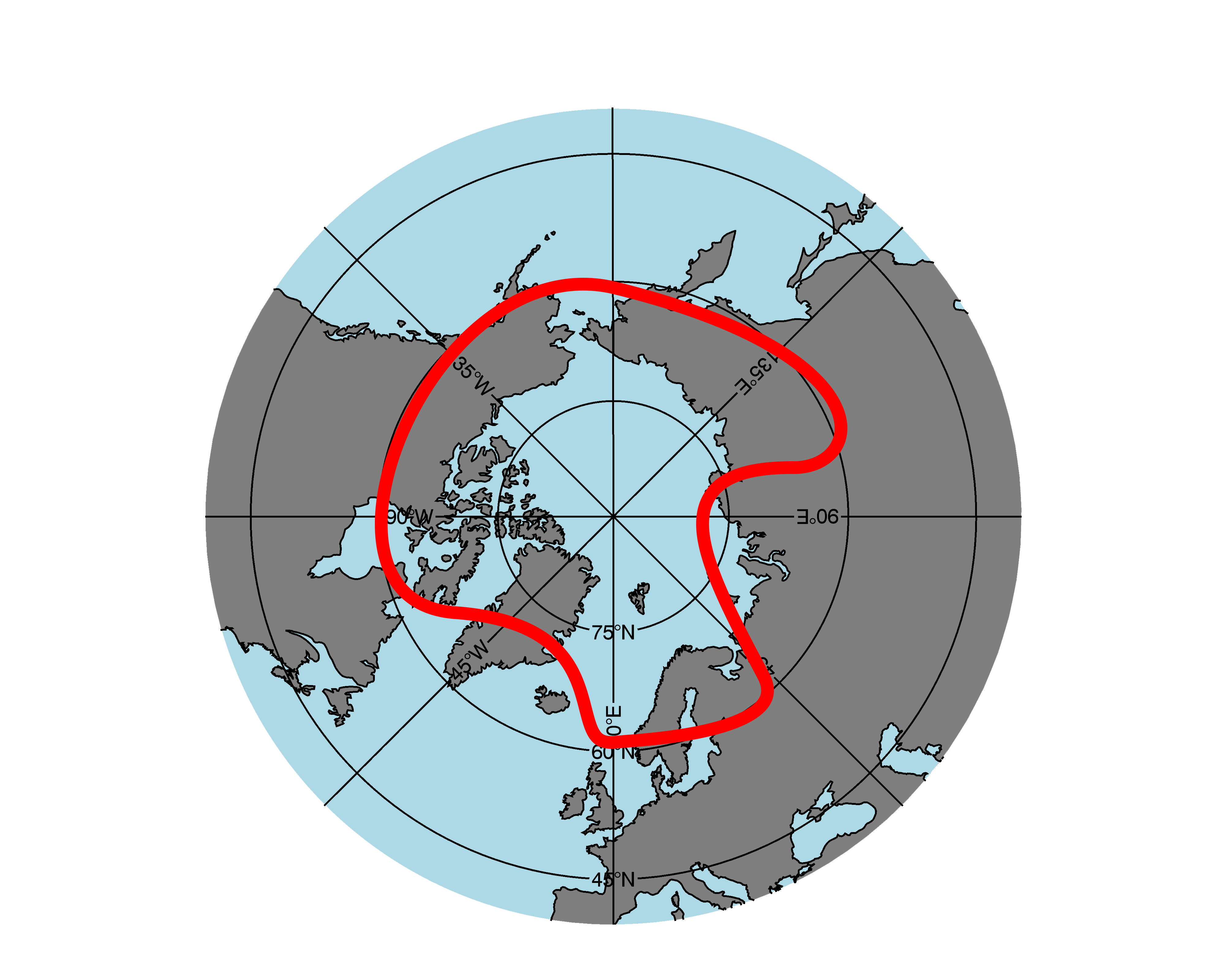 Instead of a neat flow from west to east, air follows the now meandering line. A very serious deformation occurs when the two indentations break off and become their own spinning circles and cleave the entire ‘blob’. In this situation the general pattern of circulation is beginning to collapse. Two things happen: the air flow can become east-to-west instead of west-to-east, and the air that was previously being spun around the pole is now free to accumulate over the pole. When the latter occurs, the air compresses and heats (your friendly geek would say ‘adiabatically’). The north-south temperature gradient mentioned earlier will in fact reverse. The ‘stratospheric warming’ has now occurred and the hemispheric circulation is in big trouble. Was it ‘sudden’ during The Beast? You bet. Check out this time line of North Pole high-altitude temperatures during the end of February – and look what happens: a huge 50°C warming due to the compression, indicating that the regular circulation structure has fully collapsed: 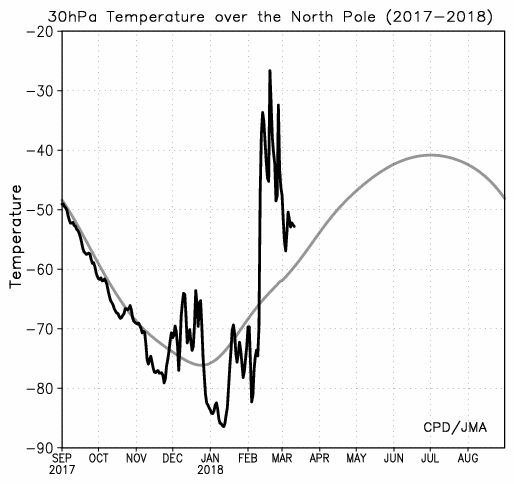 The Beast was very well forecast – knowledge and predictability of the Sudden Stratospheric Warming phenomenon is growing with more research – and much of Europe was able to plan fairly well for the harsh conditions.  EarthSystemData has run a bespoke analysis covering  26th Feb – 7th March using the latest data global data. Figures for London show conditions were almost 5°C colder than expected for the beginning of March, sufficient to keep temperatures only about 2C above freezing – when they ought to be about 6°C.  Spare a thought for Central and Eastern Europe, however, for example the numbers in for Prague shows mean temperatures within the region of 10°C colder than the 1981-2010 averages – keeping average temperatures well below 0°C. Likewise for Romania, Hungary and the Balkans. In fact, the cold spell has been so severe in central Europe – our plotting progam failed, producing two white cells which, quite literally, are off the chart. 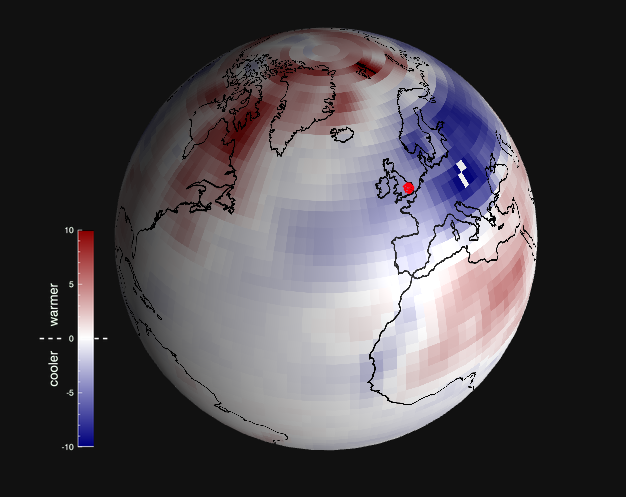 One final note. Keep in mind that as the cold air was displaced towards Europe, relatively warmer air occupies the Arctic region. It is here that the bigger picture could be unfolding, with a string of anomalously warm months after the other pointing to deeper climatological changes than those that The Beast brought our way.