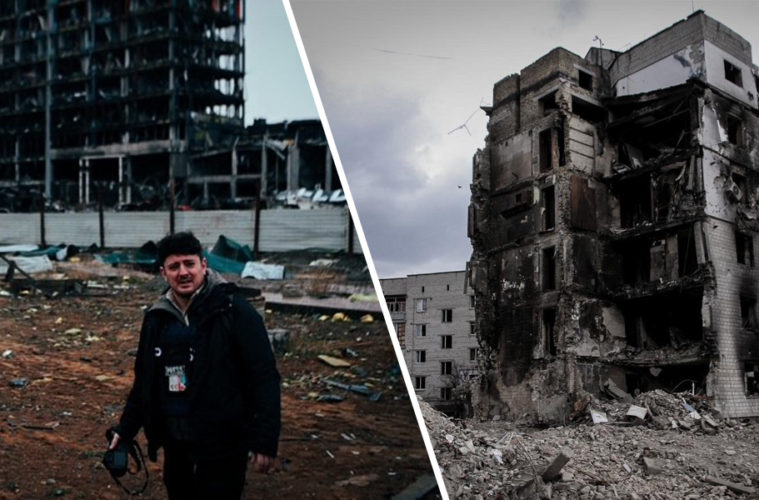 After travelling the world and becoming a travel writer, Tommy Walker transitioned into becoming foreign affairs and news correspondent, covering news that goes unreported. With previous plans to relocate there, Walker always had an interested in Ukraine and in recent weeks ventured to the frontline as a professional reporter. We caught up with Tommy to talk about the war, risks, propaganda and tips for aspiring journalists…

The War in Ukraine | Tommy Walker interview by Ben Farrin

How did you first become a professional reporter? What’s your story?

For the past 10 years I’ve been travelling the world, and I became a travel writer. It was always the plan to transition into a correspondent, and focus on foreign affairs and news.

I had been published in numerous publications and newspapers worldwide before that, but it wasn’t until the Hong Kong protests in 2019 that really accelerated the work I do now.

As a professional journalist, what is your objective when it comes to reporting (as you seem to often travel a lot covering dangerous locations in conflict)?

What made you decide to cover the war in Ukraine?

The struggle, the images coming out from the first days of the war and the obvious David v Goliath type of conflict all contributed to me covering the war. But it being a European war, intrigued me being British because of the old stories of our ancestors during World War Two.

I’d also planned to relocate to Ukraine some years ago, but didn’t. So it was always a place I had an interest in.

How risky is the job, and what are the main risks to you in Ukraine?

It’s very risky. With how wars are fought today with the modern weaponry, there is risk for everyone. Every day can bring war anxiety, so it’s a psychological battle at times.

As a reporter, the most riskiest times is when you report closer to the fighting, or the “frontline”. 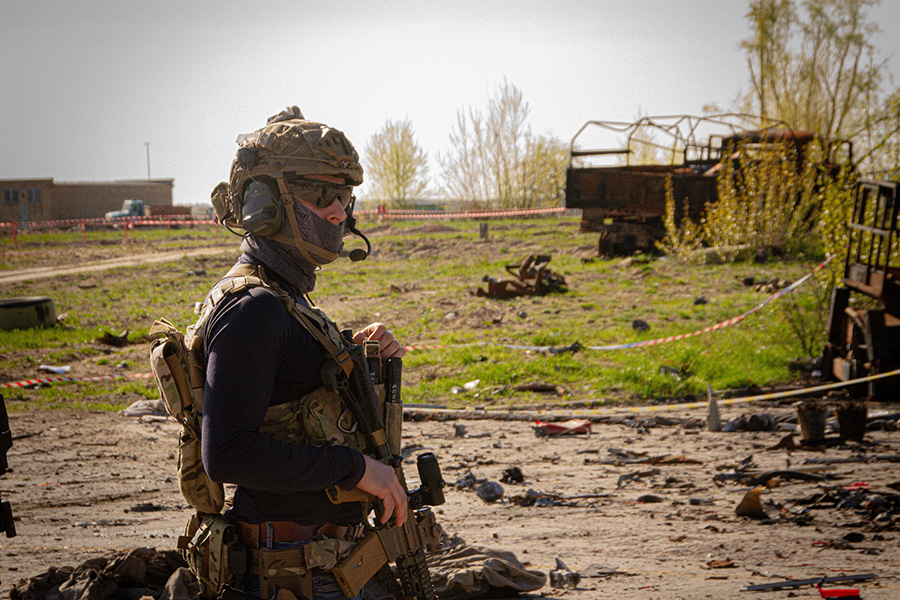 What’s the worst thing you’ve seen? And how do you cope with witnessing such distributing things?

We went on a press trip to a place called Makariv just outside of Kyiv city. We saw two civilian bodies that had recently been dug up after Russian attacks had killed them. It was so visceral, gruesome, and barbaric to see the damage their bodies had taken. It was a very real example of what war looks like.

What are the living conditions like for you as a reporter and what is a typical day like for you, covering the war in Ukraine?

Really depends. Some reporters base in city’s and write from afar. If you’re a feature or colour journalist you’ll have to go out into the field. I do both, so one day I could be filing inside a hotel, perhaps in a bunker, depending where I am, or I could be out all day with fixers interviewing locals or the Ukrainian military.

Do you speak Ukrainian / how do you go about communicating with people out there?

English only. Lots of people speak English, and translation is possible via fixers, assistants or even smartphone apps.

How serious is the threat of Russians pretending to be Ukrainian and capturing you / does this, or any of the dangerous scenarios worry you?

Not heard of that possibility or that it even happens to foreign correspondents . No one talks about it. I guess it really depends on where you are. If you went into Russian occupied territory you’d be more at risk. 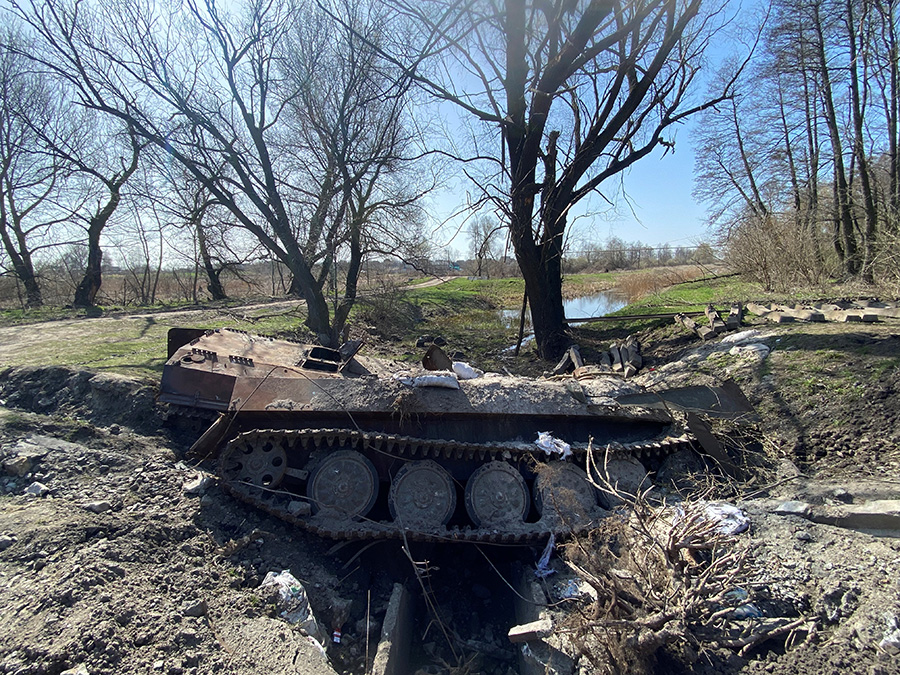 Being on the frontline, do you get a sense of who is winning the war? Are either side currently pushing forwards, or is the fighting going on without either side progressing with land?

I’ve only been to the Ukrainian frontline, and they are really confident Russian won’t breach their lines. You get the sense that the Ukrainian military are ready and professional. Some frontlines I’ve visited troops were agitated because fighting was close, while others it’s distant.

Ultimately, how do you see the war ending?

It’s too difficult to say now, it could still extend into a bigger fight. Right now Russia controls a fifth of Ukraine, and I can’t see Ukraine settling for them occupying that land permanently…

According to our national media, Russia are fed constant lies and the media out there brainwash the public into believing false information. What is your take on this, and what message would you send to Russian people that might support Putin due to lack of the truth…

We have to remember, Ukraine is not the aggressor. And we have to analyse the reasons for the invasion, was it really to “de-nazify” Ukraine? Or was it a land grab? Is it Soviet nostalgia? Because all of these reasons aren’t acceptable and don’t justify Russia invading another country. There’s definitely an agenda, and in such a historic time, so I would say it’s important to question everything.

What words of advice would you offer aspiring journalists interested in your kind of work?

Write. Practice. Write some more. Chase or follow a story. Learn how to use a camera too. Get published as soon as you can, build a portfolio, and make sure you get paid. Then find an event, a story, or a place you think you want to cover and stick to it.