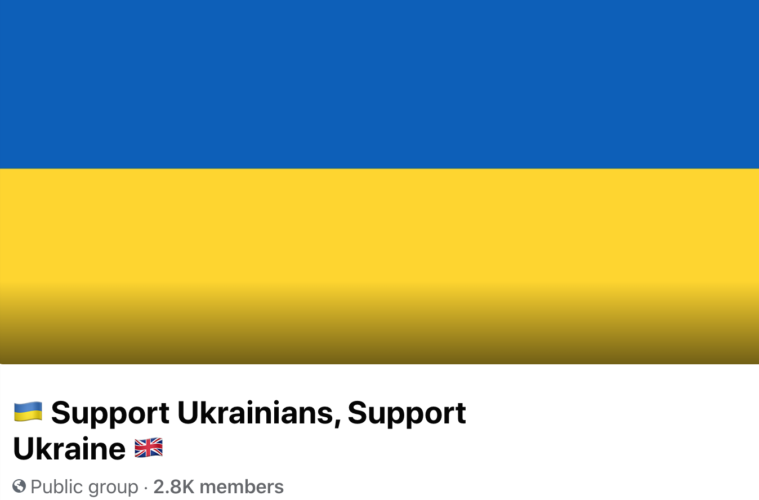 21 days into the war in Ukraine, I summarise key points, discussing the nations bravery led by President Zelensky, considered a hero by many. All the while, innocent and vulnerable people (my family included), fear for their lives in a war-ridden country, under attack by the Russian army who are being fed lies by the Kremlin and Putin…

The war in Ukraine is killing innocent people daily. Women and children are scared and fleeing the country to survive. Men (and women who choose to stay and fight), are protecting their country, their land, their history, culture and are showing true passion and determination against the Russian aggression. Kyiv, the capital of Ukraine is being targeted by the Russian army from land and air by troops, tanks, helicopters with multiple air strikes killing many civilians – the forces on the ground are moving in closer, daily.

The Ukrainian army and volunteers have put up a very strong fight and their resistance power and passion to defend their land has been underestimated. War always comes with a huge cost and both nations have lost many lives. The Russian army, ordered by Putin, has lost a significant number of troops, said to be over 13,000. The Russian army has had aircrafts shot-down, tanks blown-up and many troops have surrendered, left in shock, telling the Ukrainians that they did not get told they’d be sent to kill.

Meanwhile back in Russia, independent media outlets have been forced to close, people who mention “war” are subject to a prison sentence under a new law recently introduced by the Kremlin. Protestors are being arrested but yet Putin continues on his mission to try and take Ukraine, at any cost.

To date, the surrounding western countries have provided military defence assistance including weapons and aid, but as of yet no other nation has joined Ukraine to fight off Russia. NATO has openly said that if a single toecap enters its territory, or bullet is fired onto any of its land by Russia, then they will engage, triggering a much larger war, hence NATO’s hesitation to step in. It is for this same reason that the constant requests by President Volodymyr Zelensky, speaking on behalf of his entire country for a no-fly zone to be introduced, have been denied. Zelensky has fast become one of the most respected people on the planet, a hero, gaining huge support from around the world as he shows true grit, passion, leadership and strength taking arms against Russia and defending his nation. Zelensky’s words will go down in history – the House of Lords stood in admiration and respect to the Ukrainian leader after his powerful speech, as he said with great pride ‘We will fight them in the sea, air, forests, fields and streets… we will not surrender’.

Even former professional boxers and brothers Vitaliy Klitschko and Volodymyr Klitschko along with the fellow World Champion Oleksandr Usyk have taken arms and joined the fight to defend their nation.

The UK has taken measures to support Ukraine by sending military assistance, and issuing sanctions against Russia and its oligarchs, which are close allies to Putin. It is hoped that through this strategy Putin’s closest billionaire connections will see financial and logistical problems pushing them to have an influence on Putin’s decisions. Putin has hit back by placing personal sanctions on various high profile Americans including the likes of Joe Biden and his son Hunter, forbidding them from travelling to Russia amongst other things, not that I can see why they would want to go anytime soon.

The past couple of weeks have seen war crimes, innocent civilians including children being killed – Putin has proved, yet again but on a scale not seen before, what an evil man he is. This obviously isn’t the first time we’ve witnessed his willingness to kill innocent people over politics and greed, but the level he is willing to stoop to are harsher than before, even suggesting nuclear threats which would have catastrophic impacts on humanity.

Despite brainwashing his own people, even they are starting to realise the level of lies, corruption and unnecessary death-toll. Putin told the world for months leading up to the war that his troops, (positioned ready to attack with tanks and nearby portable hospital units), were on military exercise – he repeatedly said Russia would not invade Ukraine.

He doesn’t class this unprovoked attack as a war but a “special military operation” and condemns his own people saying otherwise, considering that as misinformation and punishable by up to 15 years in prison. What we’re seeing is a true humanitarian crisis unfolding minute-by-minute whilst most can merely sit back and do nothing. Meanwhile innocent and vulnerable civilians are scared for their lives, listening to the constant wailing of war sirens and rushing to underground bomb shelters. Of the 3 million Ukrainian civilians that have fled the country, over half are children, and my family are amongst the many still stuck in Ukraine, waiting for the “paperwork” to allow them to get to safety.