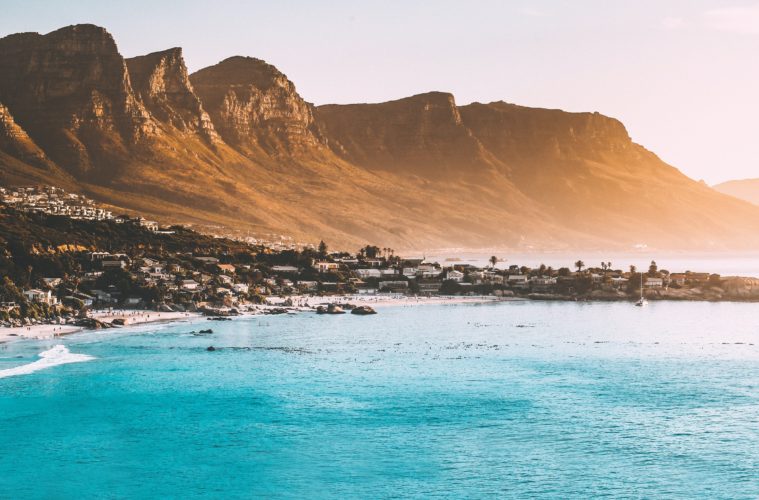 Cape Town – The Beauty Spot On The Edge Of South Africa

Very few countries around the world can match South Africa in its uniqueness. From the natural geological wonders which now define the region, to the curious flora and fauna which call the country home. The sheer range of the landscape, nature, and the people, means South Africa makes for a holiday like no other. The second most populous city in the country, often called the prettiest South African city, is Cape Town. Situated right on the south coast, Cape Town is one of the southernmost cities in Africa. Delving into the city, you will discover a hubbub of beauty and culture. The interesting mix of ways of life here means the evolution of the city is unmatched. There is always something different and engrossing to do. Cape Town will always keep you busy once you’re under its spell. Here are some of the attractions to entertain you here…

In 1999, these animals, as well as countless others, were all reintroduced into the Cape Town region. This reintroduction culminates at Aquila Private Game Reserve.

Set on 10,000 hectares of idyllic savannah, the Reserve is less than a 2 hour drive from Cape Town itself. This 4-star hotel offers game drives on safari trucks, quad bikes and horseback. So, personal encounters with the wildlife at the reserve are not uncommon. Enchanting experiences with (hopefully) gentle giants are magical for those who visit.

You even have the chance of a safari from the air! Soar over the untamed wilderness in a helicopter, all while on the lookout for the striking animals.

Your accommodation while staying here is also sublime. Choose from smaller, but fully equipped rustic rock cottages. Or for a group, splash out on the modern-style Aquila Lodge, with more rooms to house the family. They also have an on-site swimming pool, fire pit, bars, African-style restaurant and Curio shop. Even entertainment for the kids. An escape fit for everyone! 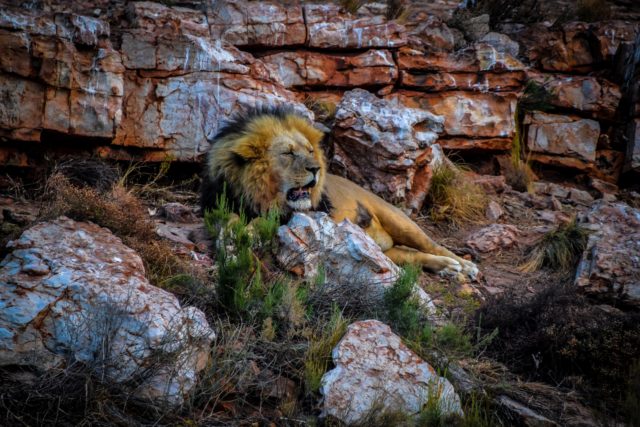 With Cape Town being so far south, and it being on the coast, sea life in the areas waters are bountiful. At the meeting place of two of the worlds most lively oceans, the Indian and Atlantic oceans, Cape Town is an exemplary place to showcase the diversity of marine life here.

The Aquarium has an ever-changing roster of exhibitions and tanks, ensuring the public always has something new to marvel at. The Save our Seas exhibition displays marine life endemic to the area, with sharks and Cape yellowtail gracefully gliding through the waters. The Diversity Gallery highlights the life in both oceans in Cape Town. It compares the two by placing species in close proximity to each other, emphasising any similarities or differences they may have. The I&J Exhibit is the newest addition to the gallery. A full 10-metre long, 9-metre wide tunnel, with viewing windows has been installed. This means we can easily gaze at the subtropical species as they zip around in flurry’s.

The exhibitions of Cape Town sea life aren’t all they have to offer though. The opportunity to get up-close-and-personal with the aquariums very own rockhopper penguins should prove to be hard to pass up. Up to 2 people can come face-to-face with these mischievous birds, with plenty of information and safety provided by the their bird keeper.

If these options still aren’t close enough to the wildlife, then one more can be explored before exhausting the choices. Scuba diving. The aquariums fully qualified diving team can cater to both beginners, and experienced divers. Plunge yourself into either of the large-scale tanks here, and surround yourself with the writhing mass of wildlife. You won’t forget seeing a sharks teeth up close anytime soon! 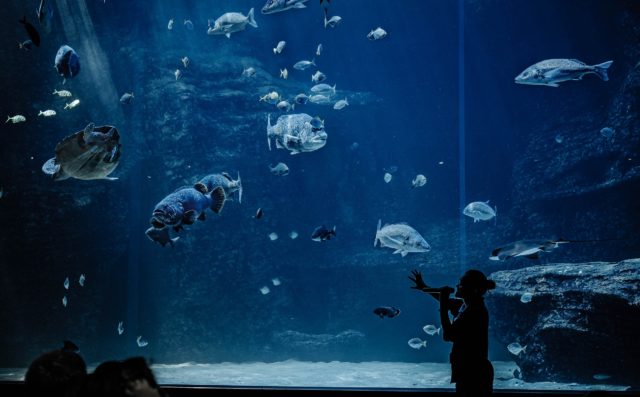 Table Mountain and the Cableway

As the icon of Cape Town, Table Mountain has become synonymous with the city and it’s beauty. Cape Town sits right in the shadow of this flat-topped mountain, as it looms large, keeping watch over the settlement. Though it gloats staggering views over the city and ocean, the mountain is not just a photo opportunity. From the mountain foot to the peak, species of plants and flowers unique to the mountain can be discovered. A mountain with its own biome!

Of course, hiking trails to the summit are some of the most popular activities in Cape Town. They cover all difficulty levels. From easy routes with small steps like the Pipe Track and Platteklip Gorge. To more steep and challenging walkways like Kasteelspoort. There’s even a route guiding you to a secluded mountain cave! A fantastic spot to cool off from the intense South African sun.

If a walk up this rocky structure seems too daunting though, there are other ways to scale Table Mountain. Since 1929, the Aerial Cableway service has provided an easy way to reach the peak. With panoramic views across the varied landscape, enjoy a ride to the top of this compelling mountain. The magnetism of the area draws tourists daily, so the Cableway company has ensured visitors are truly welcomed. Food and drink at the summit can be bought, with delicious options always available. The gift shop and free Wi-Fi also add to the hospitality.

Cable car rides are weather dependent, so be sure to check conditions before leaving for the adventure.

As Cape Town is such a dynamic city, there are plenty of places to visit for a more casual experience. Ones which require less money and planning…

Boulders Beach – Near Simon’s Town, Boulders Beach perches on the edge of Africa. With azure waves lapping the featureless grey boulders, the beach is a serene pocket of calm in the city. The sheltered inlet is great for a picnic, or for a rest stop on a longer journey. Though, the tranquillity of the beach is often not the focus. Most of the attention goes to the colony of African penguins which call the beach their home. Join the visitors and watch them frolic across the milky-white sand. See them playing, preening, sunning and defending their nests in their natural habitat.

The Bo Kaap – On the fringe of the city centre, one of Cape Town’s most distinctive neighbourhoods dwells. The Bo Kaap’s origins date back to the 1760’s, when a number of rental houses were built and leased to slaves. Most of these slaves were from Malaysia, Indonesia, and the rest of Africa. This heritage is still observable to this day, particularly through the food served in the Bo Kaap. Nowadays, the obvious Dutch and Georgian architectural influence lives on through the houses here. Painted in shocking bright colours, many of the houses are now shops, cafes, restaurants and jewellers. It is an ideal spot to learn about the cultural fabric of Cape Town.

Victoria and Alfred Waterfront – Catering to international and local visitors, the V&A Waterfront is a blend of authentic African culture, and the modern, swanky new South Africa. Selling everything from fashion and jewellery, to audio visual equipment and technology. This seafront promenade makes for a cosmopolitan day out. Irrespective of taste or budget, this development has something for everyone. 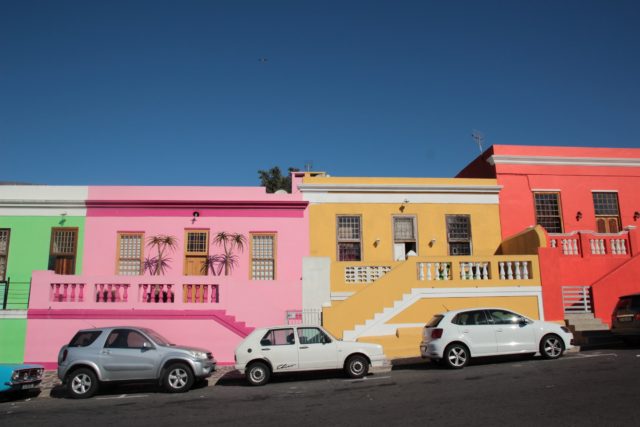 The Edge of South Africa

For most of the world, and most of the people who visit, Cape Town is at the end of the Earth. A formidable journey awaits you, before even beginning your exploration of South Africa. Hours of flights, or days of cruising can often not seem “worth it”. But, those who have visited Cape Town before, know its worth it. A city like no other, steeped in a rich background of events and history, which have shaped it to become the unrepeatable haven it is today.

Of course, dragging yourself halfway across the world is no easy feat. It costs time, money and effort. All of which many people who think they are wasting. But trust me when I say, Cape Town absolutely won’t let you down.