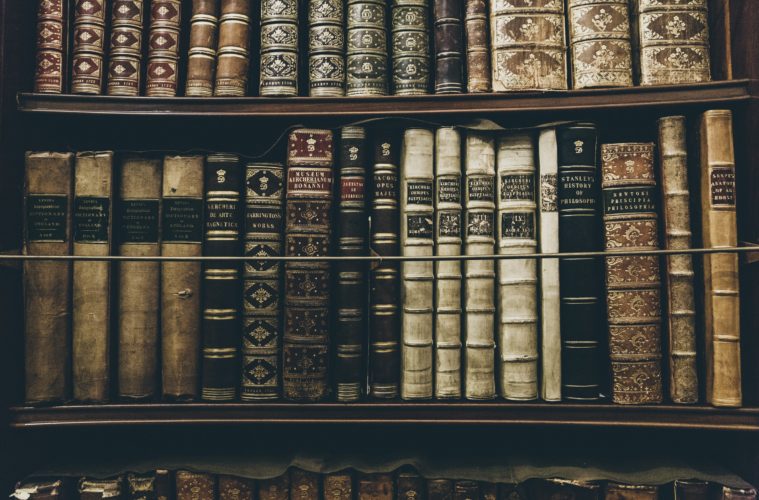 With a history spanning thousands of years, the UK has countless destinations of  great significance. Dotted around the country are hundreds of “oldest” places. From official establishments still open today, to old places of worship left to ruin. The UK has no shortage of curiosities, offering a peek into the lives of past Britons. Each destination could even perhaps helps us understand what makes Britain the country it is today.

History and the UK

Oldest Pub in UK – The Royal Standard of England

A key part of British culture is its network of pubs (public houses). Many communities and villages have revolved around their alehouses for centuries. Giving its patrons a sense of belonging. Because of pubs’ importance in Britain, the title for the oldest is hotly contested. The contender with the most proof is the Royal Standard of England, in Beaconsfield, Buckinghamshire.

The Royal Standard dates to (at the latest) 1086, where it’s mentioned in the Domesday Book as an alehouse named “The Ship”. This destination would have been the heart of it’s village, with its residents flocking for freshly brewed ale. Back then, the ale was often cleaner than the water itself!

The pub got its name from Charles II. He often met his mistresses in the rooms above the pub. He later granted the pubs landlord permission to change its name from “The Ship” to its current name.

Nowadays, this pub is an ideal destination for pub-lovers with a interest in peculiar history. The Standard serves delicious food and drink also. From mouth-watering comfort food like sausage and mash, to small nibbles like their yummy cheeseboards. The Royal Standard is one not to be missed if you’re in the area! Take a step back in time and enjoy this ancient watering hole. 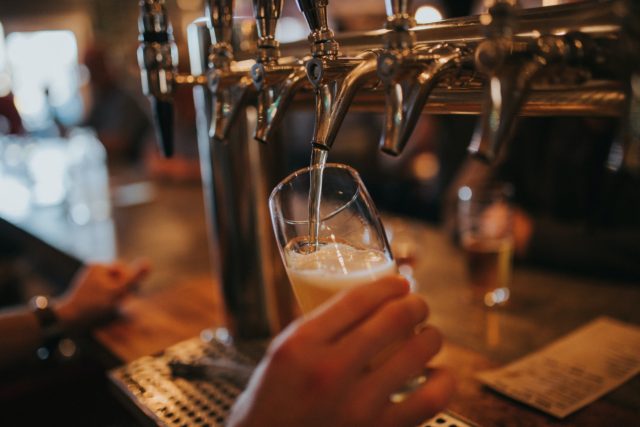 As the home to such playwrights as William Shakespeare and Noël Coward, some of the best and most famous plays have come out of Britain. Because of this, the theatre culture here is rich and diverse. So, theatres have popped up in most towns and cities. The oldest continuously working one being the Bristol Old Vic.

Built in 1766, the Old Vic was built by and for Bristolians. It is a symbol of pride for the city, and for what it can achieve. It remains a place of joy, discovery and adventure to this day.

A great destination for lovers of the performing arts, the Old Vic has recently begun to showcase the historical side it can boast. From exhibitions to interactive sound experiences, the Theatre has embraced its age and displays its rich history for all to explore. There’s even an option to view the theatre in augmented reality, revealing its past glory days.

Of course, as a theatre that’s still running, you can also go and see a show, should you desire! Most recently they have adapted the novel Wuthering Heights into a contemporary play. So, come explore the history of the destination, then throw yourself into the colourful stories the actors tell. 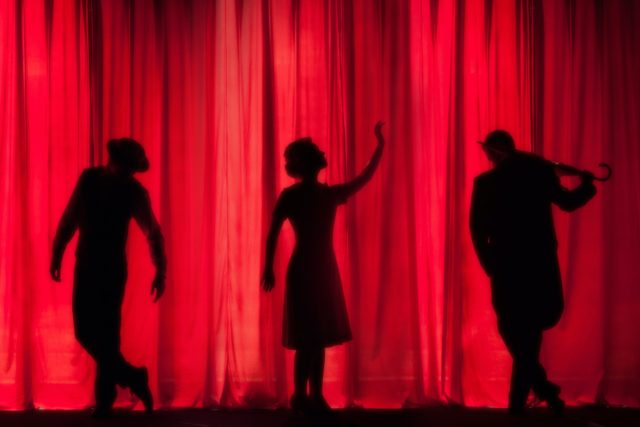 “Britain is a nation of shopkeepers” was a phrase famously coined by the French to describe the English. For centuries, British artisans and merchants have set up shop, and opened their doors to patrons. Widely considered the oldest of these legacy stores is Boxford Stores. A historical gem.

Now owned by Neil Cottrell, Boxford Stores in Suffolk has a trading history dating back to 1420. The shop is, and has been, central to life in Boxford. Other than a small convenience shop, the Store is the only one for miles around. Back in the day, the Store would’ve been managed by Church wardens. It was also once leased to a butcher in 1528. The evolution of this shop mirrors the history of the country surrounding it. As industries ebb and flow, shops adapt to the ever-changing markets. This Store has been particularly well versed in this.

Nowadays, the Store is run as a farm shop, stocking pies, fruit and veg, eggs, cheese and bread. A real, authentic village farm shop. So, if you find yourself near Boxford, perhaps the Store should be the destination for refreshments. 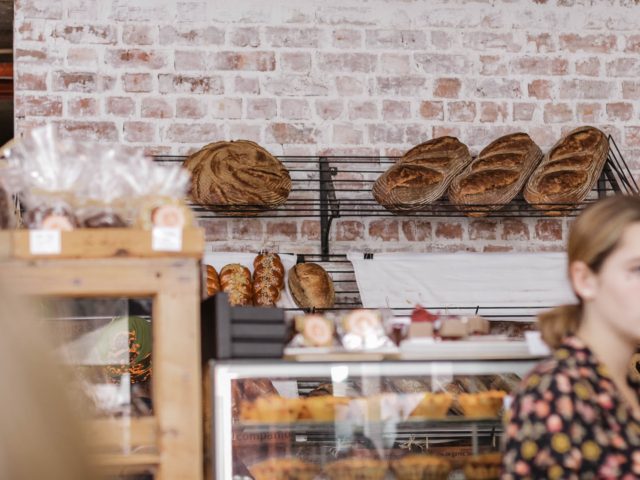 Canterbury is seen as one of, if not the holiest city in the UK. Being the site for pilgrimage and worship for many centuries. Because of this, it being the destination of the oldest Christian church in the UK (and the English speaking world for that matter) is quite apt.

Situated just outside the city centre, St Martin’s Church has been used since the 6th Century at the latest. Though, Roman stone has been found in the structure, suggesting earlier buildings resided on the current site. Originally used as a private chapel for Queen Bertha of Kent, the Church has been in use by worshippers ever since.

It also plays a key role in the religious identity of the UK. Saint Augustine set up his mission headquarters at St Martin’s. Saint Augustine is known as the “Apostle to the English”, and is the founder of the church in England. So, the church could also be seen as the birthplace of English Christianity itself.

Now, the Church resides in the UNESCO World Heritage Site around Canterbury Cathedral. It receives thousands of visitors, most of whom are avid amateur historians. The peaceful grounds and beautiful architecture make for a gorgeous day trip. So, if historical significance and spiritual replenishment are on your travel list, St Martin’s could be the best bet! 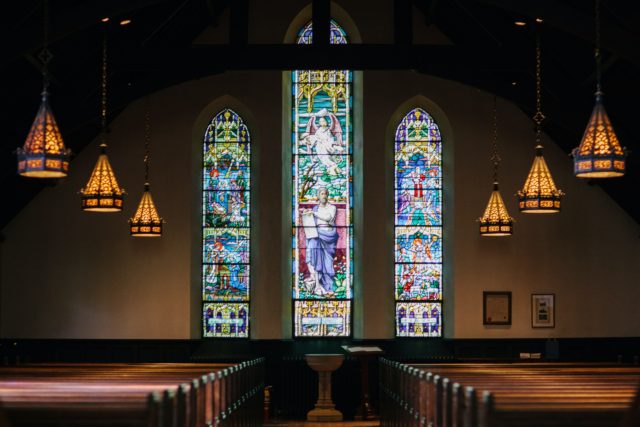 Last on our list for oldest UK places is quite a unique one. Rather than an establishment, store, or other going-concern, this one was once just a house…

On the bleak Isles of Orkney, just north of Scotland, lies the oldest still-standing stone building in Britain (and all of north-west Europe). Dating from the 3rd Millennium BC, the Knapp of Howar consists of 2 houses with surviving stone cupboards and stalls. These 5000 year old homes are some of the best preserved prehistoric structures in the world. Allowing us to glance back at what life would have looked like back then.

Orkney is a haven for Neolithic ruins and remnants, with very ancient settlements scattered across the harsh islands. This destination is the furthest back we can get to our British ancestors. Exploring this area, you begin to see familiar patterns emerge. Many houses have shelves, cupboards and work surfaces. Not dissimilar to our own homes. Many were also attached to farms, which is still the case with many houses today.

If you find yourself exploring the Scottish Highlands, or on the Orkney Isles themselves, do not miss your chance! Come and learn the rich history in the area, unmatched in the entire region it resides in. 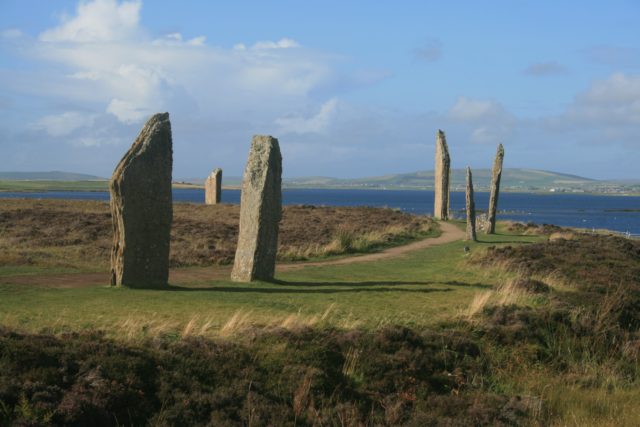 Taking a tour of these interesting slices of British history, more and more you may feel closer to the people that used to inhabit them. As you explore what they would have done, and how they did it, you begin to notice how much you have in common. This can be a teaching experience, allowing you to compare lives and appreciate what you have compared to them. Not only can this be educational, but it can change your outlook and perspective.

So, for a travel list with layers, why not visit these historical UK destinations.