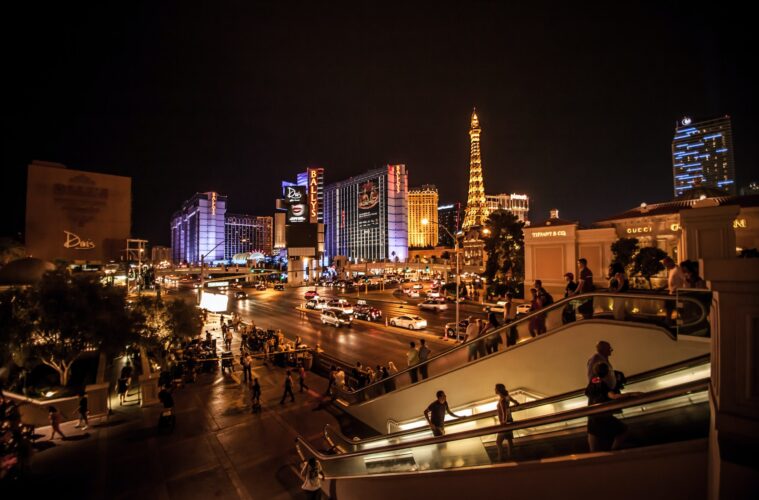 How Las Vegas has Reinvented Itself to Stay the #1 Entertainment Destination in the World?

Sin City, the mecca of gambling. Las Vegas is synonymous with excess, luxury and entertainment. Vegas remains on of the must visit destinations in the US and for many good reasons.

A far cry from its early days as a valley of meadows and springs in the middle of the Mojave Desert and a crucial resting stop for those travellers heading out West to California. Vegas has had many lives, from the days of Meyer Lansky and organised crime dominating the city, to the passing of the baton to the corporate world in the form of Howard Hughes, from being a watering hole to becoming the center of entertainment in the U.S – Las Vegas continues to reinvent itself.

First permanently settled in the middle of the nineteenth century, and founded as a city in 1905, Las Vegas, which in Spanish means “the meadows,” began as a mere watering hole and resting stop for settlers “going west” to start new lives. It’s safe to say it’s a very different city now. Due to the desire to appeal to younger generations and convention business and the necessity of diversifying away from gaming due to the expansion of legalized gambling across the USA, Las Vegas will continue to develop new entertainment experiences and convention spaces to accommodate a diverse set of guests with an even more immersive sense of luxury. Sin City has had to adapt and respond to the expansion of legalised online gambling, the famous MGM Grand casino even has its own choice of slots available online now.

A Shift to the More Contemporary

Big artists have had residencies in Vegas for decades and decades but there’s been more of a conscious effort to make those acts contemporary ones in recent years. We’ve seen Lady Gaga, Britney Spears, Gwen Stefani, Adele, Bruno Mars, Katy Perry and Usher take up residencies in the ‘City of Entertainment’ – catering to a significantly younger crowd than the likes of Celine Dion, Barry Manilow and Aerosmith can. You’ll often find some of the world’s biggest DJ’s performing at the super clubs scattered around the strip, Vegas seems to have made a conscious effort to entice a younger crowd back into the city.

Boxing and Vegas have also always gone hand in hand, in 2020 they held perhaps the biggest heavyweight fight they had since Tyson vs Lewis in 2002. Undefeated heavyweights Fury and Wilder came to settle the score in Sin City, with Tyson taking the win. Fury, being the showman he is, partied at Hakkasan club afterwards, taking over the place whilst DJ Steve Aoki provided the soundtrack. In recent years, Vegas has found itself at risk of becoming stale – with the crowds getting older, the demographic shrinking and younger people seeming to shun what was previously considered to be a bucket-list destination. All of these events have been helping to reshape the image of the city.

Not stopping there, there has been an interest from the sporting world in Las Vegas in recent years. The Raiders of the NFL moved the team to Vegas in 2020. The decision was made in 2016, with the $1.9 billion Allegiant Stadium being built. It is the second-most expensive stadium in the world. Construction of the stadium began on November 13, 2017. This has been followed up by NBA legend, Lebron James, pushing to have his own NBA team in Las Vegas as well when he retires. One thing Vegas has always inexplicably lacked is sporting teams, perhaps due to the fact that there are more tourists that visit Vegas than people who live there. However, this has started to change with the massive amount of money being invested into sports in the city.

After a period of stagnation, it appears that Vegas is on the verge of yet another rebirth, Sin City’s storied past will have a future in entertainment.