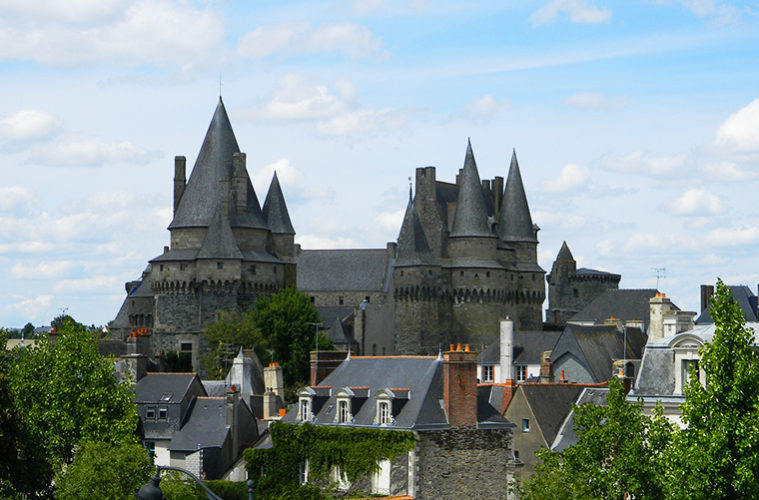 Northern France brings with it a merging of cultures stemming from its location, in proximity of neighbouring countries. One area that shows this perhaps more than any is Brittany, having held deep-rooted links with its fellow Celtic nations, particularly its closest Cornwall. Politically, Brittany has more in common with Wales slightly further north, in that unlike Cornwall, it has an established capital and parliament but with the economy of the coastal towns based heavily on tourism and a language kept afloat by a minority, the Bretons’ connection with those nearest across the Channel is clear. Ille-et-Vilaine is just one region within Brittany and hosts the largest city, Rennes. The name stems from two major rivers in the area, the Ille and the Vilaine, with the latter meaning French for ugly, but as one explores the various towns and villages surrounding Rennes, the scenery shows that it is anything but that.

In recent years Rennes has been singled out for being one of the most liveable cities in France and with two universities, a condensed, but thriving city centre and medieval old town, there’s much to back this claim up. Though its location away from other major cities in France hosts a distinctly thorough use of the French language, the cosmopolitan atmosphere is as joyful as any other with hip bars, typically chic cafés and restaurants and bustling Celtic bars lining streets side-by-side with French patisseries, boulangeries and tabacs. A rigorous regeneration scheme beginning with the sub-2 hour TGV link to Paris, sees a redeveloped Gare de Rennes and second metro line in place for 2020 continuing the city’s trend for being one of the fastest growing in France. This aside, the cobbled streets around the cathedral, large public gardens and architecture from as far back as the Middle Ages mark a pleasant introduction to the area.

40km west, towards the end of Ille-et-Vilaine’s territory, the village of Paimpont demonstrates the mystical qualities associated with Brittany in the form of the impressive Abbey sat idyllically on the banks of a large, tranquil lake. Here, with incense-filled stores selling everything from dragon statuettes to peasants’ garb and local Merlin legends coming from the surrounding forests, a distinctly ‘Somerset’ undertone materialises. The manner with which the area relays tales of magic and mystery almost as fact compares well with similar ploys in Glastonbury or Wookey Hole and of course adds a natural theme to the merchandising of shops, cafés and tourist attractions. Again, the location is a scenic one and adds rural beauty to the area’s urban landscape in Rennes. 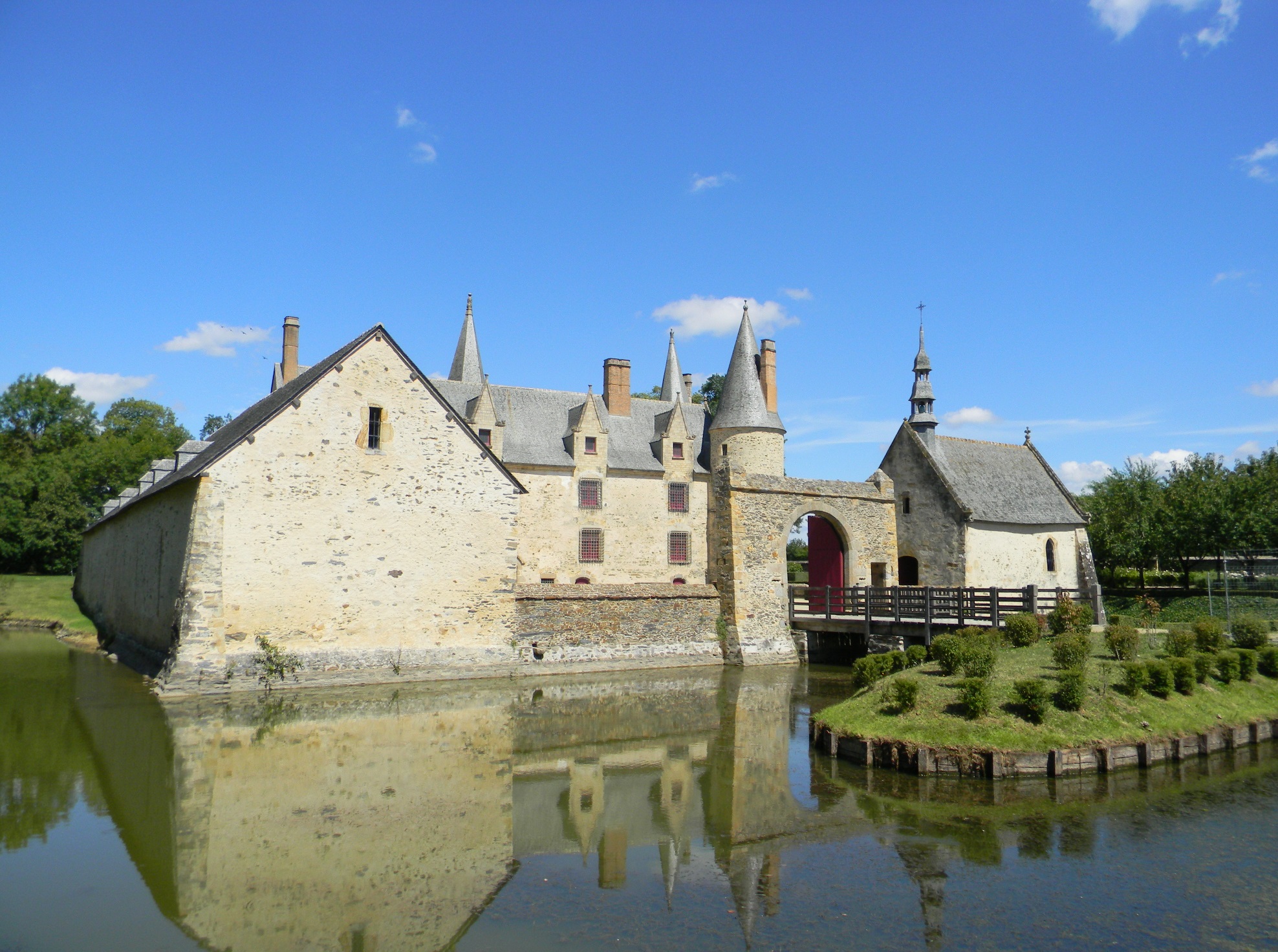 In the northern reaches, châteaux are the obvious landmarks. Some lie distinctly isolated in the form of rural retreats, such as the Bois Orcan near Noyal-sur-Vilaine. Here, unusual features on the main structure, with tasteful purple window-frames and a cream tinge to the stonework make the 15th Century building different from those in nearby settlements. The attraction pays homage to Etienne Martin, a figurative sculptor who became part of the Académie des beaux-arts in 1971 and died in 1995. Unlike other ‘sculpture trails’ found bolted onto existing tourist attractions, the implementation of Martin’s work becomes as interesting as the château itself and acts as a complimentary, permanent collection within the grounds.

Châteaugiron, the small town south of the Bois Orcan demonstrates the other notable setting for such impressive fortifications. The Château de Châteaugiron sits very much as part of the town, with outer walls running flush with those of other buildings down the narrow, cobbled streets. A similar format can be seen in Vitré, a town further east easily accessed by train from Rennes. Here the château looms impressively over a small valley cut by the River Vilaine and again, even now seamlessly runs as part of the town, with the outer wall almost completely intact on the west side. With large churches, beautifully peaceful plazas and surrounding fields to match, both Châteaugiron and Vitré show that, as an integral part of a town in the 21st Century, these amazing structures seem just as fantastic as they are separated out in the countryside. 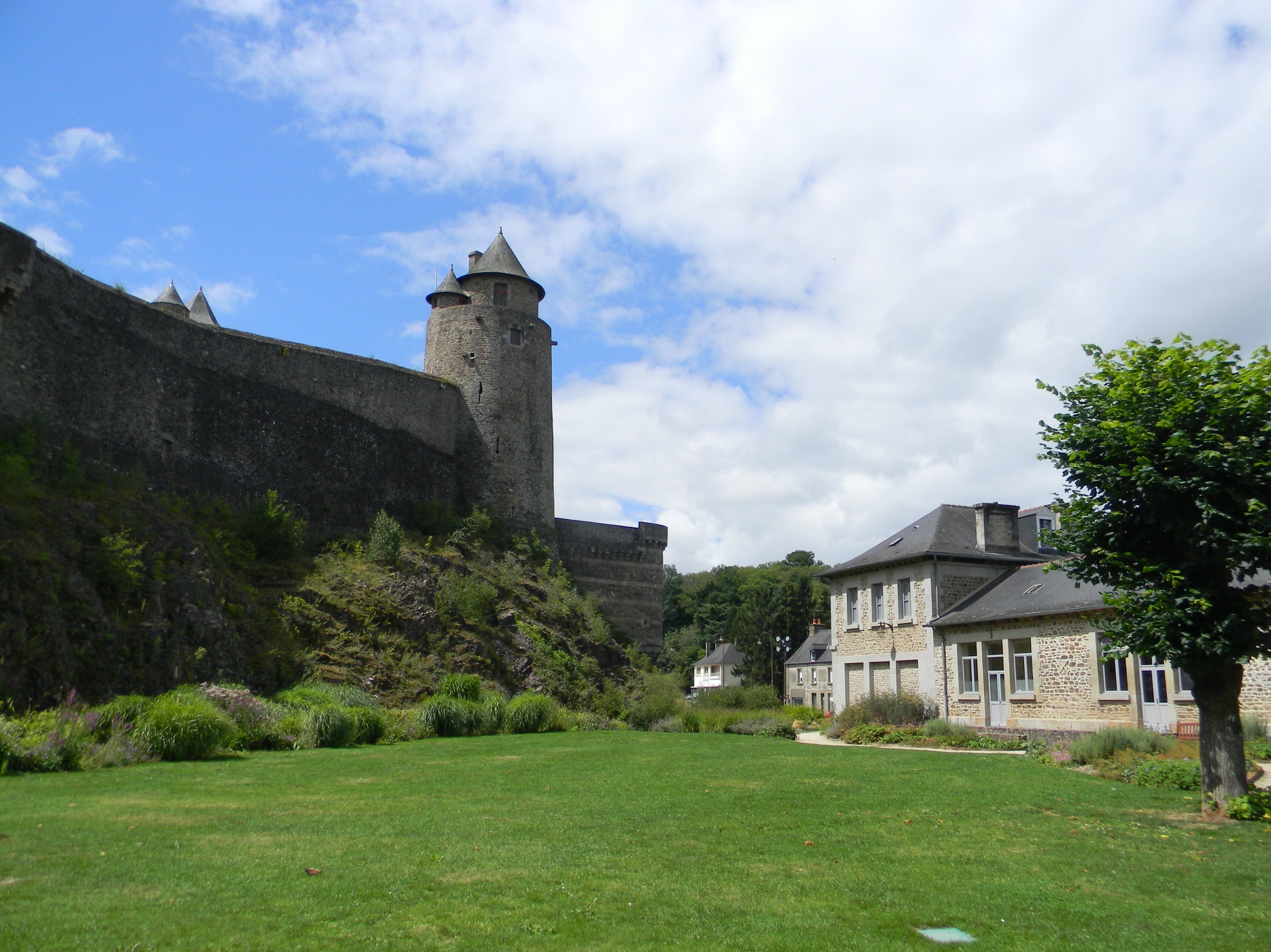 The most impressive Château comes at Fougères, north east of Rennes. Here, the sheer size of the fortifications astounds those familiar with similar buildings in Britain. With the addition of the ‘high town’ and its rows of town houses located above the castle, visitors can gaze across and see that the château sits perfectly within a bowl where a number of valleys meet. With Fougères almost entirely consisting of château-related walls, towers and gates, it is easy to appreciate how much of an historical impact the château has made on the town and from a tourism perspective, it still does.

Quite why the main river and subsequent département was named ‘Vilaine’ remains for most an area of confusion. With a staggering array of aesthetically pleasing landscapes both urban and rural, it’s hard to image anyone finding the area ugly. In the end, though Brittany might be better known for the coastal towns and villages further west away from the rest of France, the Ille-et-Vilaine area hosts plenty for visitors to enjoy and appreciate.