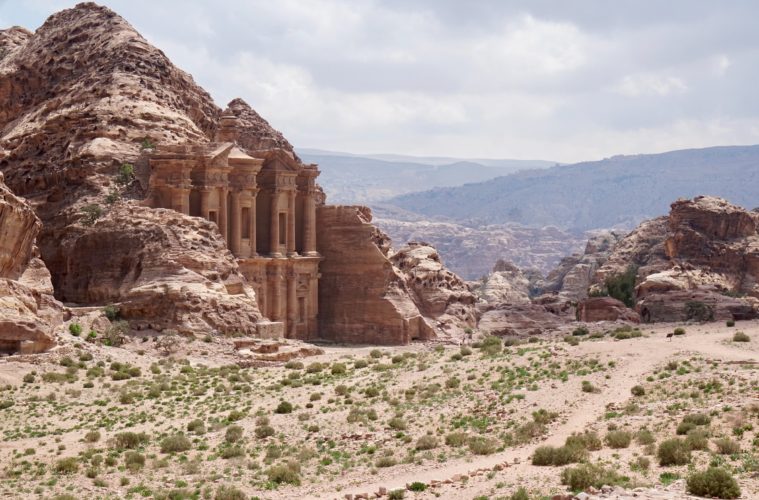 Many of us today know Petra in Jordan as the country’s most visited tourist attraction. Its ornate monuments carved into the distinct red desert sandstone have become famous the world over. Yet, few people know much about the history, cultural significance, or just general information regarding the site. That’s why we’ve chosen 6 amazing facts about Petra in Jordan, so you can brush up on your trivia. Who knows, they may even inspire you to visit!

1. Petra and the surrounding areas have been inhabited for around 9,000 years!

Evidence has shown that some of the earliest known farmers settled in communities here in 7000BCE. Other very early mentions of settlers can be found in Egyptian sources. It may have even been featured in the Old Testament, under a different name – “Sela”. 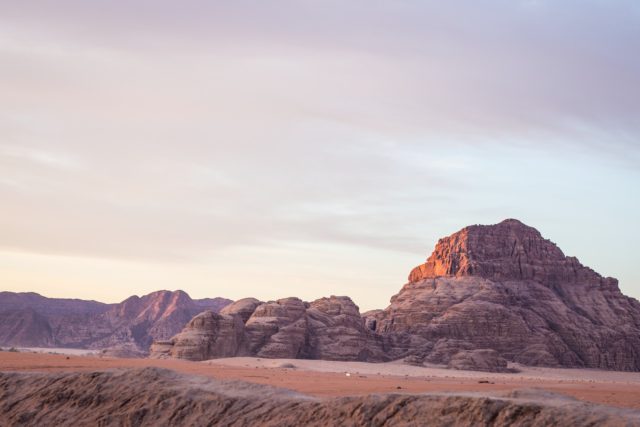 2. The city’s inhabitants were masters of water control and conservation.

Using a system of dams, cisterns and water conduits, the Nabataean’s expertly controlled the scarce natural water. This resulted in the formation of an artificial oasis, leading to the rise of the desert city. 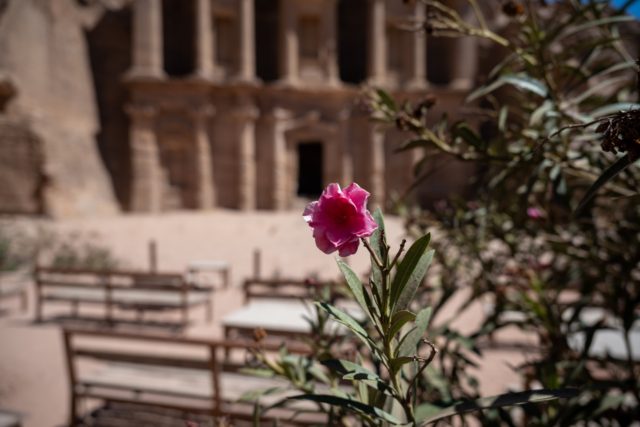 3. UNESCO decided Petra should be a designated World Heritage Site.

Not only has UNESCO recognised the ruins’ significance, the general public has too! A popular 2007 poll saw the ruin voted as one of the New 7 Wonders of the World. 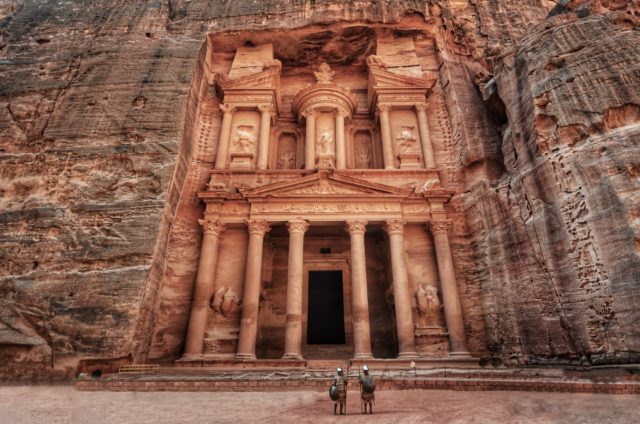 4. Some of the best preserved examples of Hellenistic architecture can be found here.

Architecture buffs, here’s one of the best facts about Petra in Jordan. From the breath-taking decorations of the Treasury, to the peaceful serenity of the Monastery. It is home to some of the most awesome Greek-inspired structures in the world, using the unique rocky desert environment to create dramatic facades and structural quirks. 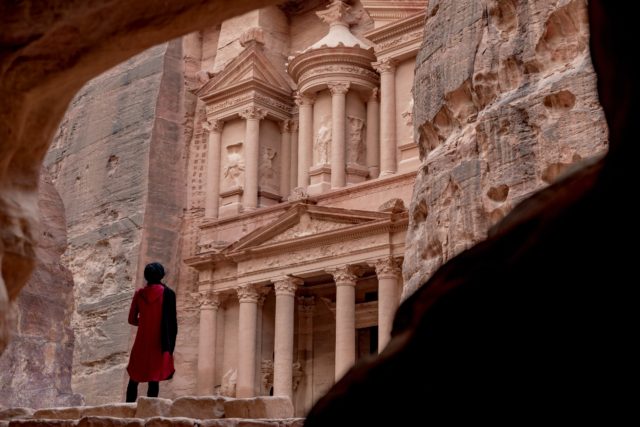 5. Petra’s name has a special meaning.

In Greek, ‘petros’ means rock. It is thought the name ‘Petra’ derives from this, after being visited by Greek speakers. Seems like an apt name to me! 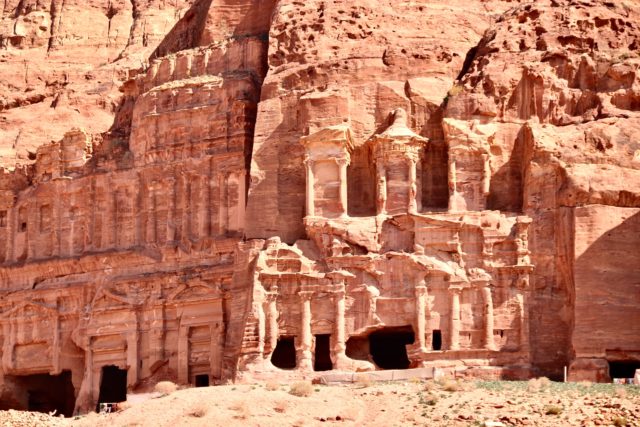 6. It has been used countless times as a movie set.

Thanks to the beauty and isolation of the ruins, Petra in Jordan has served as a set for many movies over the years. Franchises like Indiana Jones, Transformers and The Mummy all feature it among their locations. 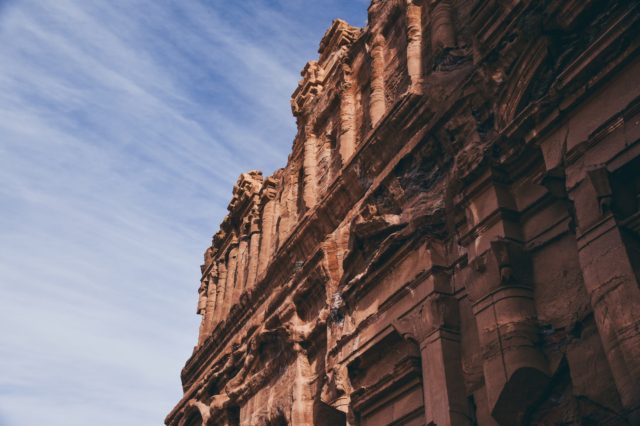 Petra in Jordan is a hidden desert gem. Though reaching the famous site can be challenging, with all the heat and sand it entails. Once you’re there, the spirit of the ruined city becomes clear. Around each corner enchanting surprises await, maybe even more facts about Petra for you to discover! They’re just waiting for you to find them…